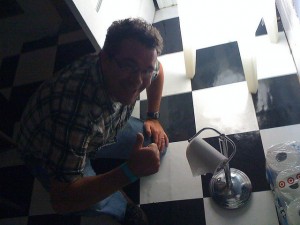 We know, we know! You love you Monday podcast updates. And we love you. But it isn’t going to happen this week. The immeasurably insignificant gravitational pull of aligning planets have caused our crab signs to fight some bulls. Or something. Anyways, there will be a new podcast up next week.

In the meantime, why not check out the new shows that will be going up at the NoisePicnic podcasting network this week? You don’t have to answer “why not.” That was more of just a thing to say. But you can answer it if you like. Why not? 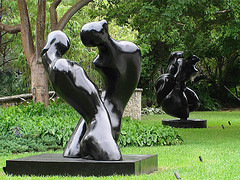 The Mustache Rangers have a new podcast! Sort of. This week NoisePicnic, a podcasting network for creative and talented podcasters created by Aric McKeown and Mike Fotis, launched. And one of the featured podcasts is Mustache Rangers Classic!

Mustache Rangers Classic is a new take on the oldest Mustache Rangers episodes. Starting from episode number one, the audio is being cleaned for a more pleasant listening experience. The podcasts will also be re-edited, or edited for the first time, to make them snappier and more fun to listen to.

I know. We all love long awkward pauses. But maybe less will be better. And not “maybe” but “certainly.” 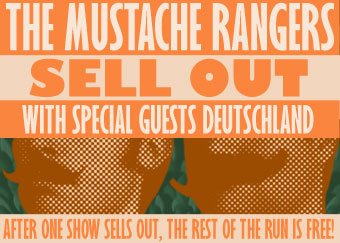 Pass the news around. The Mustache Rangers would love to put on a free show for you. Get everyone you know to the July 7th show.